From the sky to the ground

When I've time, I like to travel a bit on my own. Short trip near I live, perhaps place not well known or where you don't often go, like a small waterfall inside a wood, or some little flowers over a beautiful cliff near the sea.

The trip starts with a raptor, the common buzzard: 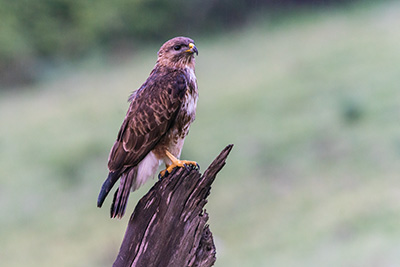 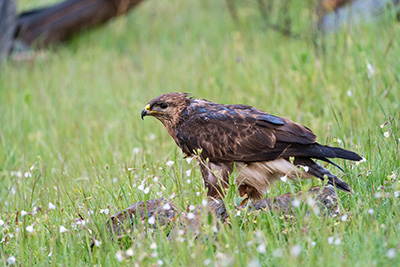 The day doesn't start really well: the sky is dark and sometimes rains, but I'm lucky because I hear, in the distance, the voice of the horned owls, and I'm happy because I know that I'll be able to go a day to see them. After the voice of the peregrine falcon calms me, because I'm always worried about its life: this is the nesting season, a really particular moment of their life, where it's easy that something goes wrong.

Waiting for the hares

Some days ago, during a perlustration of the countryside of my city, I've seen something strange in a little owl nest. There were some little hares walking on the stone of the nest. At the beginning, I thought it was only a coincidence, so after some moment, I've gone away. Some days after, I've come back to the same place, and there were still the hares!!! It was really strange because I have never thought about a similar situation, where two different species could live really near to each other. So I've decided to try some photo and I've gone when it was still night to prepare my photographic blind and all the gear. But the fortune wasn't with me. In fact the hares have been hidden almost every time, only sometimes someone of them come out from the stone, but only for one or two seconds, so I haven't taken any photo of them. But in return, the little owls have been always with me, and these are the photo of that morning in Nature.

I love nocturnal birds, and in Sardinia there are many little owls for now (and I hope for a long time). But I'm Always worried about them, mostly during the breeding season that should starts this month, even if the most important phase is the feeding season when there are the chicks, but it's still soon for them. This couple of little owls it isn't the usual couple that I follow for years, but another couple that I've found sometime ago. How Always I got up at 4 AM in order to be in the place one hour before the dawn and to wait their arrive. During the wait was really interesting listen their voices, Maybe of alert or about calling mates, and  there were the stone curley's voices too that arrived from different places. In many occasion I though that they were near my photographic blind, but in the dark I couldn't see anything. In general I not worried in the dark, it could arrive some boar, but I know that they prefer to stay far from the man, and they're right because man kill them for fun… So I'm worried from man, not from animals.

At about 7AM the owls haven't arrived yet, in fact I was thinking that they didn't came, but they've arrived after some time, before one and then the second one. At the moment I can't recognize the male from the female. I know that the female, in general, is bigger then the male, but in this case there isn't a significative difference of size, as you can see in the following picture: 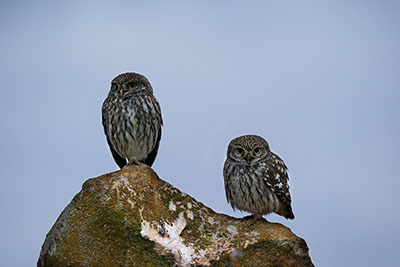 They've been staying for a long time on those stones, changing position sometime or going sometime in other moment, until one of them remain hidden from my view. I can take some pictures about only one little owl, but for me was enough and I was really happy for that moment and to stay with them. 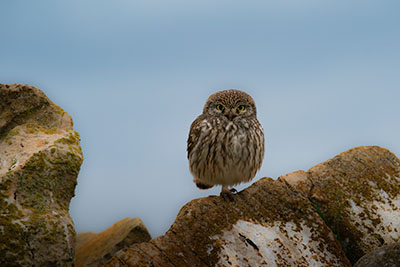 This time I haven't been so lucky with the light, indeed the Sun was covered by clouds, so I had to use high ISO in order to have a decent speed shot. For this photographic session I've used the new Sony A9 with the telelens Sony 300mm f/2.8 (with the LA-EA3 adapter), and the first impression has been really good, but I'll have to study a bit in order to understand the best way to use it.

For now I'll check the little owls from far by a binoculars, because they'll mate really soon, and I don't want to disturb them, so I'll wait until the chick's born before to shot some new pictures.

Meanwhile I working to an other project… See you soon!! 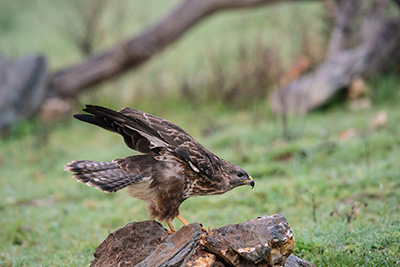 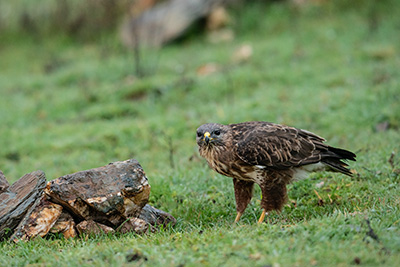 Last time I though that everithing was fine with the buzzard, but this morning nothing has gone well. I put the tripod really close to the false tripod and I started to wait, but the buzzard didn't came on the perch when he saw the camera, despite it was camouflaged.

I'll have think something else if I want to take some picture with a wideangle lens.