These small and colourful birds live in Africa, but for their breeding season they migrate in Europe. In Italy we have some places where they nest. In particular, in Sardinia, there're many small colonies in the whole region, often near sea's places, or where there are sandy grounds, in wich they make the nest: a long tunnel (even more 2 meters) where, at the end, they put the eggs.

As every year, I wait for their arrival, mid-April in general, but I wait the first days of May to start photographing them, because I have to understand before where they'll stay and avoid to damage their nests.

As always the best moment is the early morning, when the Sun is still down and I have quite time to prepare my photographic blind, and then I have the opportunity to study their movement. In fact, the first arrivals are in the electricity cables:

and after in the trees around the area 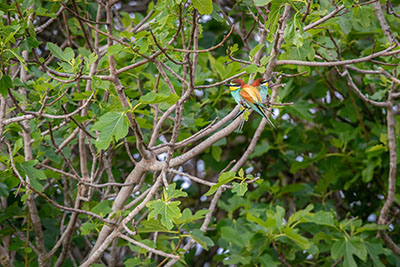 The voice of the bee-eater is really particular, and often I understand their arrival by their voice, so I can prepare myself to photograph them. Some specimens land near the blind, but they fly away almost immediatly: 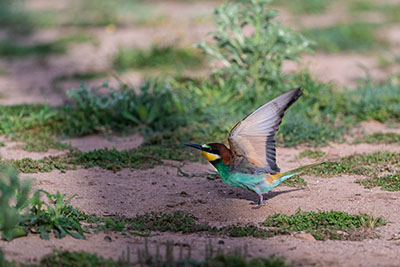 During the wait not always the bee-eaters there're, so it's easy to have to wait for a long time before they get back. But when they come back is always an explosion of colours and joy. Some bee-eaters flight in front of me, and permit me to take the flying sequence, and this photo is one of the series: 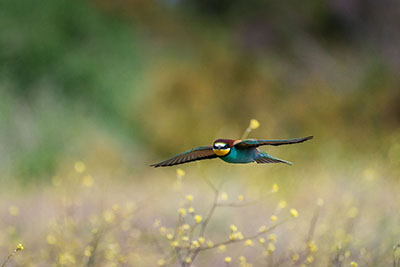 Others instead land on the ground, looking for a hole, or a place, where to nest: 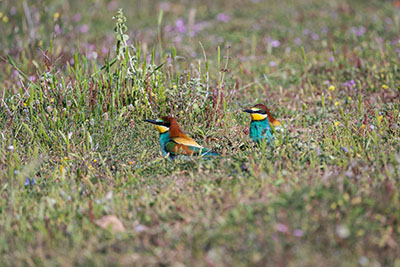 but it's easy to see someone of them over some little twig: 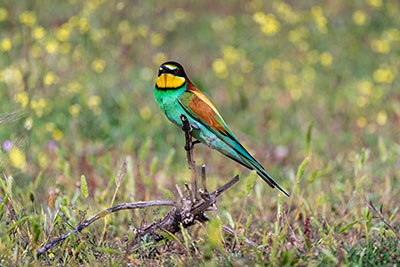 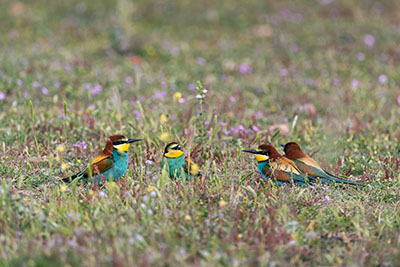 The bee-eaters, when they've just arrived, want only a place where to live, mate and eat, so, the couple aren't ready, and sometimes they argue for a female or for a natural nest in the ground. But some couples have already made, and in the second photo the male has given a piece of an insect to their mate: 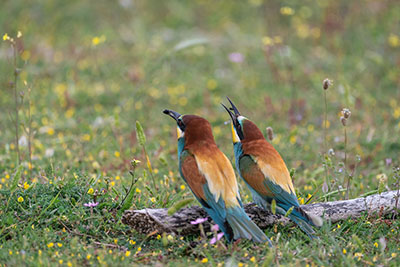 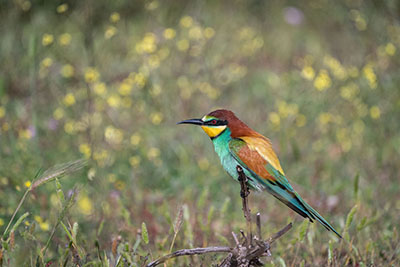 As many other birds, the bee-eaters eject the pellets (the indigested part of an insect) quite frequently: 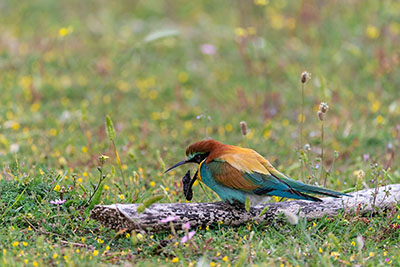 With these last two photo it closes the photographic session of the day, but I'll try a new one soon in order to see what will happen. 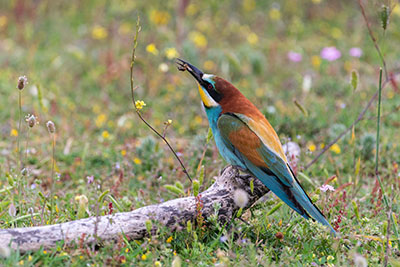 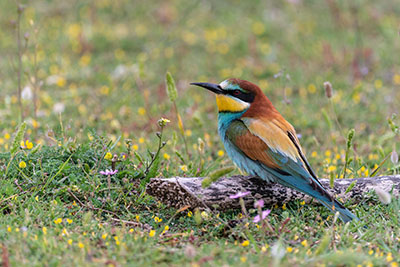 In the meanwhile I hope you enjoiy with my photos.