Yesterday I rescued a Marsh harrier that had had an issue during a hunt. Basically she (yes it's a female) was trying to hunt a prey in a lake, but something gone wrong and she didn't fly again. After a long time she managed to go near to the shore, so I manage to grab her and give her to the forester who would take her to a wildlife center for the recovery of wild animals. 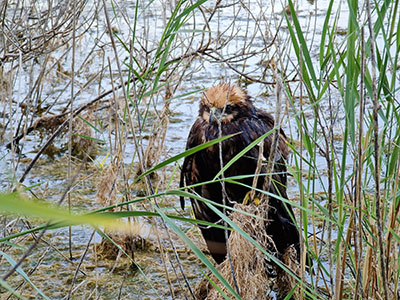 Now I hope they can heal her really soon and to release her in its natural environment.

Update: I've just heard the recovery center, and they told me that the falcon doesn't have any articular issue, but it's really slim, so maybe they think it could have some disease. Now they have to do some analysis in order to understand the situation.