Argentiera is a location in the north of Sardinia. It's known for its mining country, but for the coastline as well. There're also some small beaches where having a sunbath or swimming in the sea. Beeing quite near my city, I go there often for landscape and seascape photography.

This time I took advantage of the rough sea, for capturing some pictures of waves and to take a couple of long exposition using an ND 1000 filter. Actually the long exposition were not so good, due to the wind that shaked my small tripod.... Yes, I was using the travel tripod in order to have less weight to carry on, but I didn't think that the wind was so strong.

This is the result: 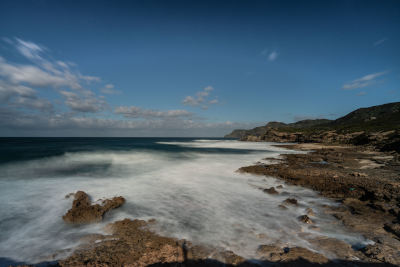 The wind moved a little bit my tripod, and despite I tryed to fix the problem in post-production the result isn't so good. In the second image I've been more lucky, with a better result: 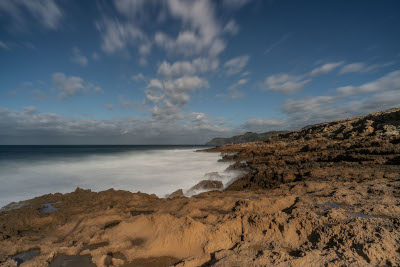 event though I think is less interesting than the others one. Let's me know what you think about it.

During the session I used my drone for some video shooting, actually not so long, only a few minutes, but if you're interested about it you can watch the video below, and of course I'll wait any yours comments about the episode.

Thanks for reading and watching.