In the last trip I went to visit Ireland. I had very few days, but they were enough to understand how is beautiful that land. In only five days I've seen Dublin, Cork, Galway and Belfast, so for every city, I've seen only something: a church, or a castle, or some street. The architectural style is really similar to other north European countries, like Uk and Norway, so with the roof of the houses really sloping. In Ireland houses, like UK, are really particular and very different from Italy, but we know, every country has its own characteristics. This trip was meant to be a photographic trip too, but for some reason, I've taken only fewer photos because the days were too few. Anyway, some pictures were taken, as the Moher's cliff: 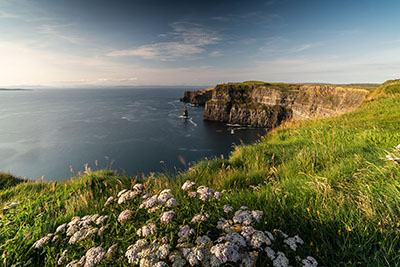 A fantastic place where you can breathe pure air and enjoy an amazing sight. Yes, there were a lot of people, and often it was hard to have sight without anyone, but on some occasion, I can take some pictures "alone", as the two ones above.

Another magic place has been the Giant's Causeway, in the north of Ireland. This part of Ireland is really stunning, and if I had been more time, I'd have visited it for at least two, or three days: 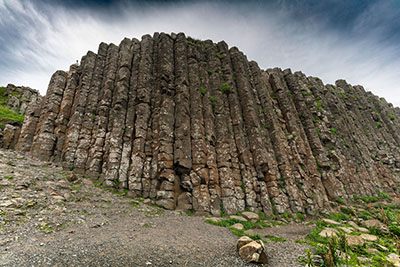 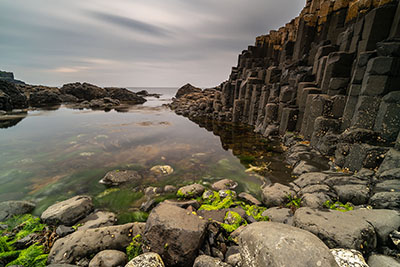 In this case too, there were a lot of people, too much to really enjoy that place, but despite the people, despite the bus, despite the near visitors' centre, everywhere was clean and anyone throws away rubbish. To get some pictures without people was impossible, but in only two occasions I could get these two, the second one using a ND filter in order to increase the exposition time and "delete" some person.

During the drive from Dublin to Cork, I've met the Mont Wicklow, a private property where you can only walk. Near the main gate there is a small door, and from that enter the property. Following a long track, it arrives in the rocky part of the mount. Unfortunately, I had really a few time and I had to get back, so I've taken only one picture: 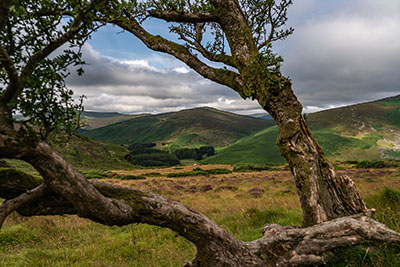 This area is famous for its river, its mountain and beautiful landscape, and the view taken in the photo show how interesting is it, but it'll be for the next time.

In the est coast of Ireland, near Moher's cliff, there is a small lighthouse, the Black head lighthouse. It isn't particularly beautiful, but it's interesting the context where is it: a flat and depth textured rock around the lighthouse. For the photos I've waited for the sunset and then the blue hour: 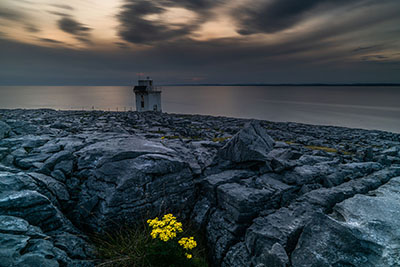 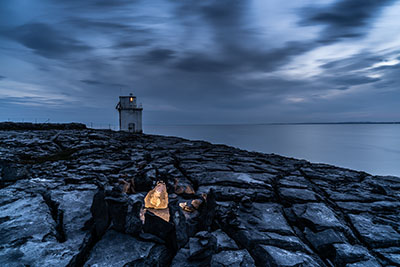 And with these last two images ends my trip in Ireland.

Ireland for some aspect is a bit similar to Sardinia, but I've noticed that the Irelands are more respectful about the environment. Even if I've stayed only five days, I've never seen rubbish: no paper in roads, no plastic in countrysides, no cars-parts abandoned who knows where, and so on. But in Ireland go many tourists every year, like Sardinia, but in Sardinia we have a lot of rubbish in our countrysides, or in our roads, and very often Sardinian people complain about tourists, saying that they're the guilty of the rubbish. But I live here and I see every day that this problem is a local problem, I mean it's a cultural problem. The Sardinian are the first to throw away the rubbish everywhere, instead to use the proper containers. I don't think that a tourist comes here to abandon a washing-machine somewhere or and old tire on the side of some path. But I see that very often every time a go out to take some pictures of our Nature, nature that we're destroying day after day.

It should the case to stop complaining and to start to work for protecting this world, for protecting animals and plants, and not to burn woods, how often happens.