A day inside the Nature

Even today, despite the strong wind that is strongly discouraged if you want to photograph birds of prey, I chose to spend the day in the middle of nature, and precisely at the pond of Mistrass, near Cabras, in the province of Oristano. The pond is always very interesting, in virtue of the presence of hawks that this year seem to be in 7 to raid fish.

As I said before the strong wind does not help to photograph the birds, in fact these prefer to stay away and if they are forced to move you see that they really struggle to fly, especially upwind. The flamingos that are usually distributed throughout the pond, but today they were almost all collected near the eastern edge of the pond and near the perches there were really few opportunities to shoot, a small common sandpiper: 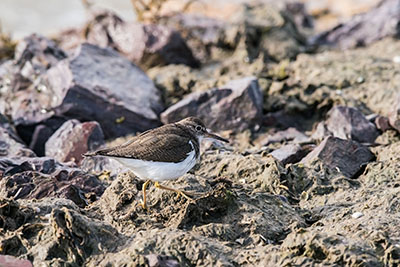 and a small group of mallards and avocets in flight: 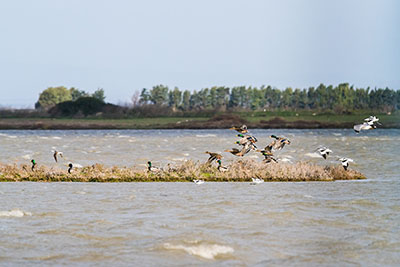 Since the hawks did not show up I went to check an area where they raise the fish, full of birds and where I could see, and photograph for the first time, the sandwich terns. These little birds smaller than seagulls belong to the family of terns and they are really very fast in flight and diving in water when they have to hunt some fish, moment that I was not able to resume because there was a rather high protection network, and at most you could photograph only those in flight.

The beauty was to see the acrobatics that they could do in the air using the strong wind that allowed him to move from one side to another very quickly, and then suddenly dive when they saw a prey. Along with the sandwich terns there were also seagulls that did not intimidate themselves and in fact they too had a nice fish booty, as this example shows: 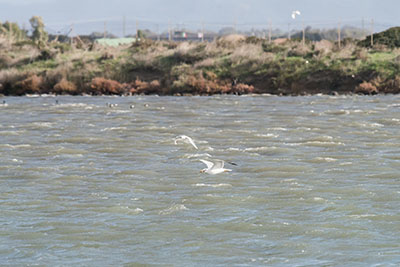 that goes to eat in a more sheltered place.