The hawk who could not read

In the Oristano area there is a pond where 3 or 4 osprey (Pandion haliaetus) arrive each year to winter in Sardinia from northern Europe, with a much less rigid climate. As a nature photographer it's not the first time I'm going to see and photograph this hawk (here's the page with all my photos), but I just wanted to enjoy a quiet day inside the Nature and admire the evolution of this magnificent raptor.

The area in question is the Mistras's pond , very close to Cabras, where you can also look at other bird species such as flamingos, cormorants, royal jellyfish, gherks, herons, khaki, swarms, piro piro, martin fisherman and others still.
When I arrive early in the morning my attention focuses on small piers and one is so close that I decide not to let me run away: 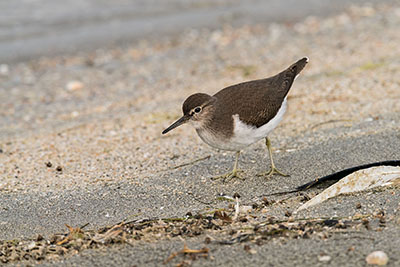 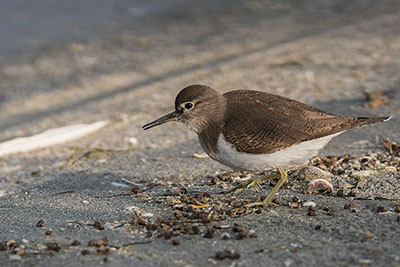 Going to the pond, which is very large and that you can turn around with the car (ahhhh beautiful , a great convenience ), there are pink flamingos who give a good show of themselves, even if they are busy eating: 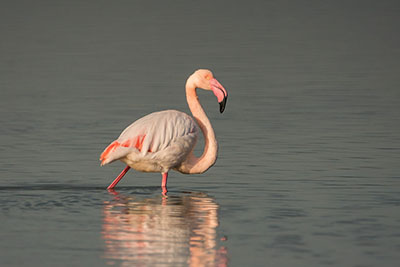 not without admiring a huge flock of cormorants coming from the south and that, with good probability, some will stop here for the abundance of fish: 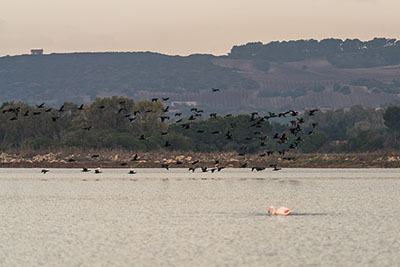 Then comes the lord of the pond, the osprey with more than 1.7 m of wingwalk dominating the land, but surely its extraordinary claws are more afraid (in this photo you can see what I'm talking about). When he arrived on the pond he started to search for a prey, and in fact he would not find a mischievous fish, and once he took the hawk, he would eat it on one of the many roost put in the pond: the signs with a nice ban, the hawk never reads of a fishing prohibition. In this photo I just got in front of him with the car but the sudden approach of other photographers who like me had the same idea, escapes the hawk: 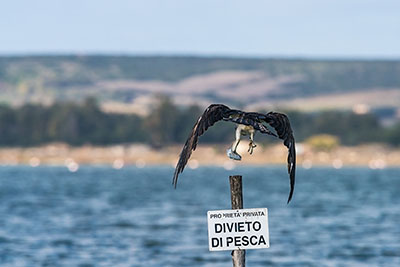 Fortunately, hawks are used to the presence of cars and all in all it doesn't do much damage, but it would be good to always get slowly instead of running as they did ... but not. In any case, the hawk changes only a cutlery and chooses one further north, so I decide to go slowly, toward that. Here, in fact, it feels less disturbed and in fact eats without problems.
Before this, however, there was another one who was still hunting and lying on another shelf still, not without having to do some toilet and "bodily functions" ....